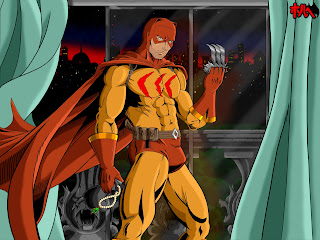 Thomas Reese Blake, son of a famous hunter and heir of his fortune, once he spent his entire fortune and being a big Batman fanboy, decides to turn into a burglar known in Ghotam City as Catman (turning him into the focus of all of Catwoman/Selina Kyle´s hate), stealing banks and museums juts for the thrill of being pursued by his hero Batman, he even builds up a giant mecha-cat to pilot and steal an egyptian jewell that turn people into cats, but it dosnt matter how elaborated are his cat themed plans, he always ends in Arkham thanks to Batman.

Thats it until Lex Luthor try to rectruit him for his Secret Society of Super Villian and Catman rejects him, with the result of his lion pack in Africa being slaugthered by DeathStroke, Thomas vowed revenge against Luthor and ends joining the mercenary group Secret Six as theyr leader, a group of pretty odd villians who dosnt want to be Luthor minions and starting a mecenary career that goes against the Justice Lague and all other supervillian. 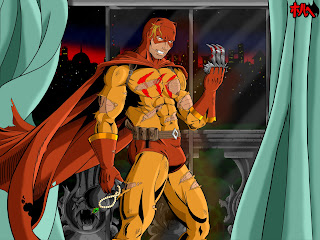 Like i already said in my last entry, i dont read comics at all tough in 2005 i started read the mini serires Villains United and later on i jump into the sequel long serires Secret Six. Gail Simone writing was pretty fats, fun and livelly tough while i enjoyed it, my main reason to read them was Catman, he was such a sexy and intense character i even read other comics he appeared as guest (like Birds of Prey, Red Robin, etc....). Not only he was really manly and sexualized, but he was such a dark and troubled man as well who was always facing the worst of situations. And most of those worst situations came in the shape of women....specially Chesire. And the oposite can be said for the men of his life, specially Deadshot who ends having with him an incrediblly bromance.

As a side note, Catman is bisexual, i mean canon and officially bisexual. And with all that said, no one draws him....there is literally no Rule 34 of him and that really astonish me until today. 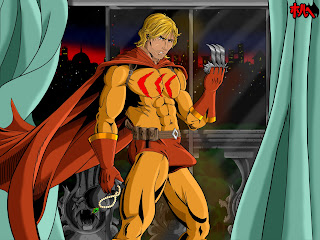 Tough i really changed my style to adapt it to Nicola Scott style. Her art is soo amazing and the issues she did for Secret Six are my favorite soo far, tough my skills fall short for such a feat, "good american comic book" style is much more difficult to handle than i tough. 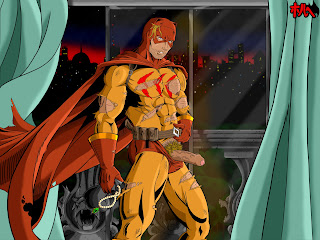 Also i divided each of his costume parts in layers, to make variants soo i ended up with 150 different layers and a HUGE file and...really, how do you people draw a picture with soo many variations in pose and costume??? This was such a strugle for me, i dont know if i will do this again, modern artists really got all my respect.

The background was soo troublesome too, specially the banister with gargoyles in the back and i ALMOST forget to draw the reflection of Catman on the glass (reflectins since each variation have a different one), overall i spent way too much time on this and almost scrap it half way given the HUGE work it involved. 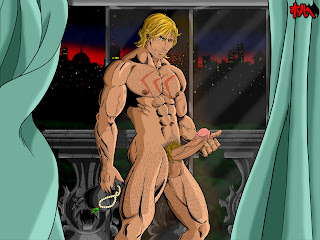 But, the idea to draw this hunky stud ignored by 99% of humanity keep me going, he really is worth it. I may draw him again tough in a much more simple set up. I really want to draw something more simple next (tough i am sure i wont).

Again, the HD version of this can be found at Pixiv and Y!Gallery.