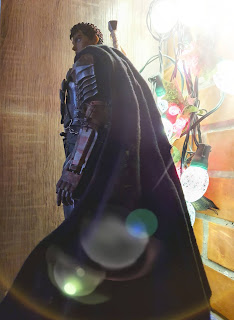 In 1998 i read a videogames magazine with an article about a game called "Sword of the Berserk", a very favorable review soo as soon as the game was out on the Dreamcast, i got it. It was dark, edgy and very complex as i learn it was based on an anime and manga of the name Berserk, soo i started read the manga in a small traslation site that posted a chapter for a week, removed that chapter and added the next one. 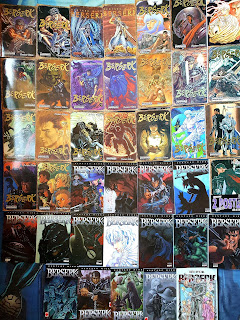 I read the story little by little and with a messed up order, and still it was the most intense thing i ever read on comic format. Not only it was heavy on horror, but in emotions too, with characters as strongly deffined as mountains, even the smallest character was easy to identify and care.

Never i ready anything that had soo may horror lurking on every page, on every emotion, on every action even in places that seemed totally harmless and never i read somethign that let me feel the void and lonelines of the main character toward the savage world around him. 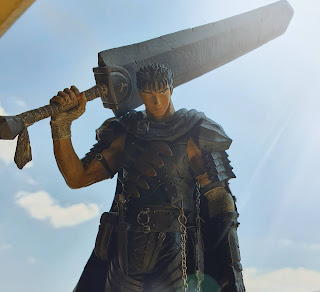 I wondered for years, why people is not talking about this? Why theres no movie on a definitive anime addaptation? How can this be soo ignored by most people?

Years later they made the movie version of the Golden Age and they started to publish the manga (in my country) and suddenly Berserk was no longer that brillant jewel hidden on a cave and still, it never lose its soul and intensity, never cosidered its readers idiotic or rushed things out, quiet the opposite, Berserk is as full of misterys and as vast as the ocean. 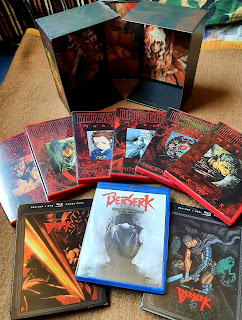 Kentaro Miura died this very month, wich means Berserk will be forever hidden on a shoroud of misterys, of questions of no answear. Kentaro Miura let us explore its amazing world for 30 years and now he closed the window and took with him the voices of Guts and the rest of the characters that surround him. 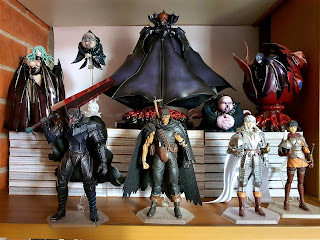 For many years i made a lot of assumptions of how the story would end but i am pretty sure non are correct. Miura sayd he already had the ending planed but i wonder if thats true....maybe there was no ending? Maybe is better like this? I sure hope they dont make another artists continue Berserk, is pretty pointless at this point mention Miura´s amazing art and how everything would be for nothing without his master hand. 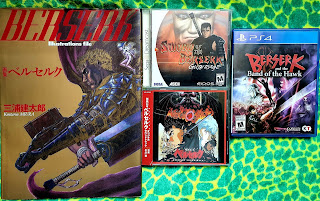 Its been a 20 years travel for me and it finally gets to a clousure. I will read the 40 volumes again and soo far, the most expensive items on my collection belong to Berserk, i think it will be relevant for the rest of my life and the life of many i hope but without it, the industry of the japanese comic is REALLY in trouble. Not in money trouble since they have Naruto and One Piece, but they lack a tittle as meaningfull and rich as Berserk. 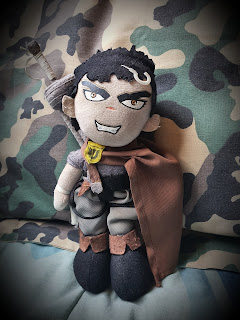 "He died doing what he wanted, no matter what, right? I bet he was happy."- Guts